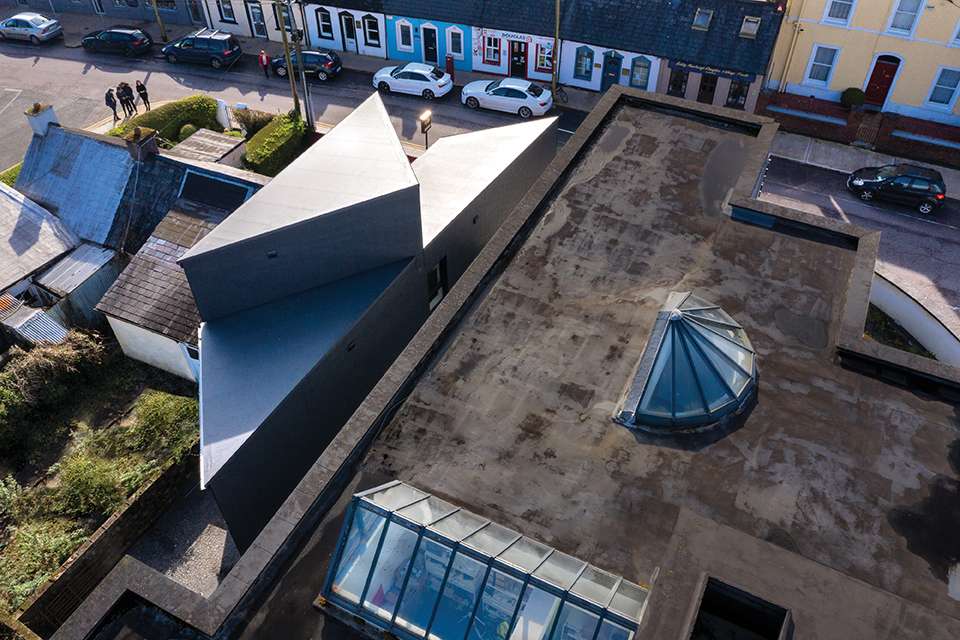 Taking inspiration from the ancient Japanese art of Origami and the Ken geometry, Tatamu House treats the irregularities and extreme constrained site width of 4m as an opportunity rather than a constraint. The form and layout of Tatamu (meaning “to fold”) pays attention to the triangular floor plate, which folds to create unique spatial and visual connections for its inhabitants. 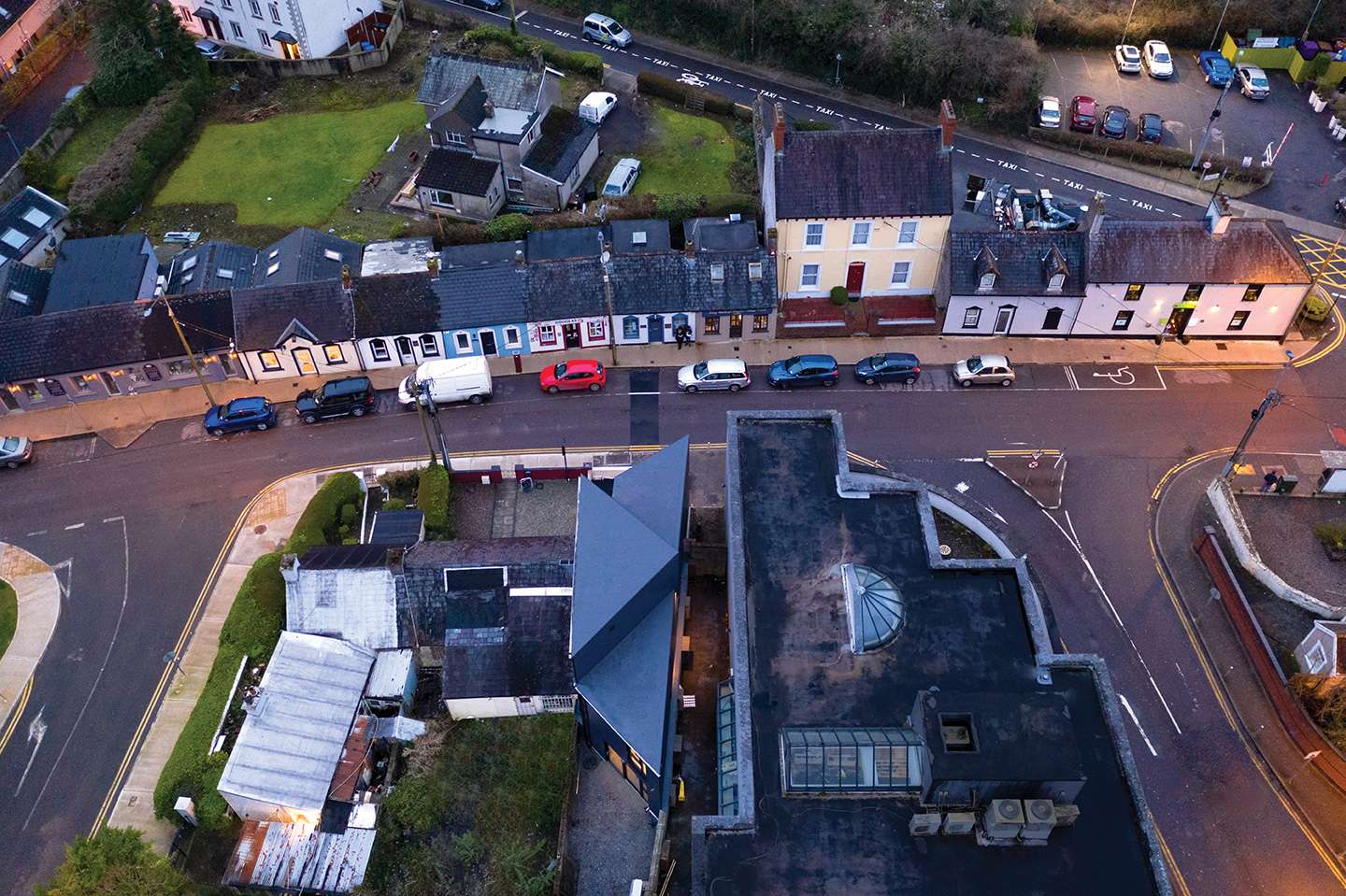 Planning permission was granted on the basis of detailed sketch models, 3D sun studies and virtual reality images, along with sit down meetings with the area planners and county architect showing that the approach had adequate respect for the amenity of settled workman’s cottages as well as sufficient quality space for the client within the extremely tight site. Sun studies showed limited light was available especially to the West, which resulted in larger window opes cut in the folded forms.

A mezzanine bedroom creates a sanctuary on the second floor accessed by means of a loft staircase to add fun, almost a giant bunkbed! The living room was set at first floor, addressing the street with a small single bedroom at entry level which would be the norm on Tramway terraced workman’s cottages. Tatamu House becomes an architectural adventure, signified by dark folding surfaces and refined subdued interior detailing by means of simple graphic walls representing the external folded form. 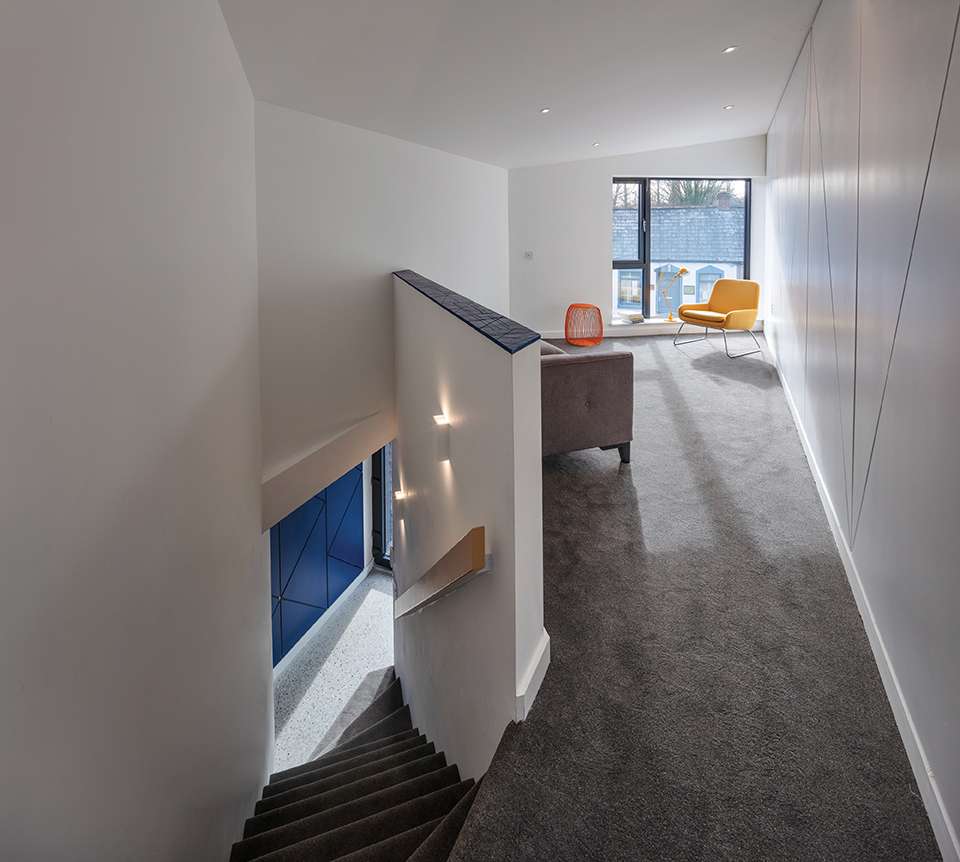 The three folded triangular volumes were clad in Tegral vertigo slate to create a consistent homogenous surface that pays homage to the low profile terraced roofs across the road, whilst also reflecting the staggered coursing of the adjoining limestone clad building to the west. The house received an A2 rating and is featured in TEGRAL CASE Study House 2021 for Vertigo slate precedent project. 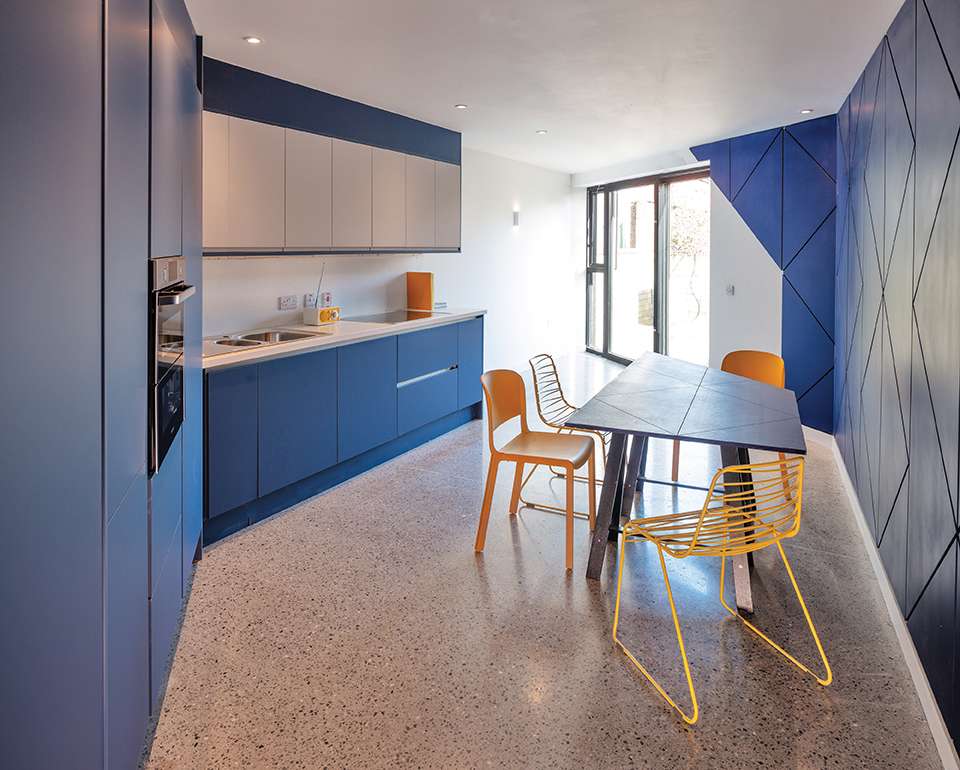 WAVIN PUSH-FIT HEP2O BRINGS FLEXIBILITY AND SECURITY TO PLUMBING INSTALLATIONS Wavin Push-fit Hep2O is a flexible push fit plumbing system developed for potable water and heating applications Wavin Push-Fit Hep2O enables quick and easy installation with a secure fitting. It is the only push-fit plumbing system with joint recognition, is tamper proof without a HepKey […] 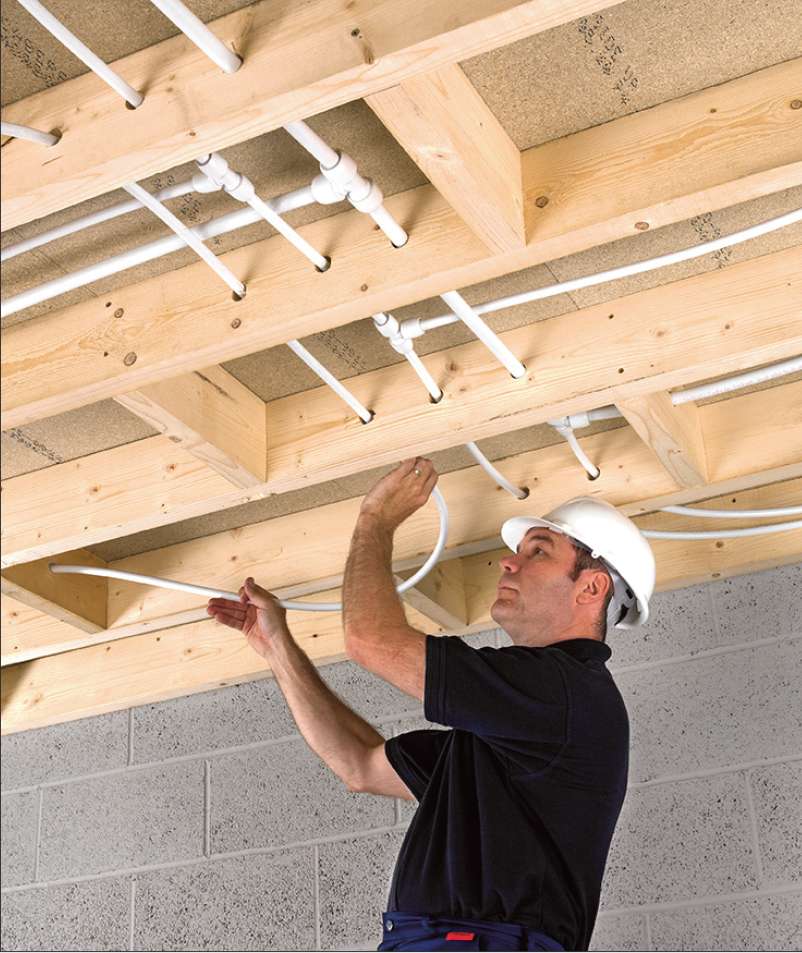