Natural stone is the star of the show at this extension to an existing two storey house, designed by Building Design Lab

The brief to Building Design Lab was to refurbish and extend an existing two storey house to allow for a growing family, thereby creating a generous contemporary open plan kitchen and living room which would be the heart of the home. An important element was to create a more inviting connection with the countryside around it as the site benefited from wonderful country views to the west. 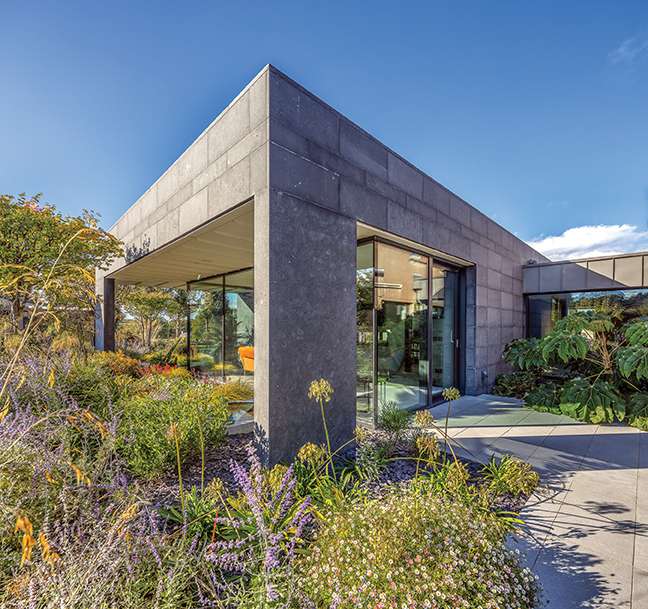 The original house was reconfigured and refurbished while the new extension was placed to the rear of the original house, maximising the view of the west facing garden. As the client is a stone specialist, it was essential that natural stone was incorporated into the design. For them, it was an opportunity to incorporate their love of this elemental material and showcase its ability to elevate a structure.

A four-sided monolith was decided upon. The design evolved as dimensions were played with. Volumes were pulled and pushed while attempting to draw light into the centre of the stone rectangle. To fully embrace the stone, it needed to run like a seam through the old and new, so the fourth internal stone wall was retained to create an exciting textured feature to the new hall, while pleasantly adducting old and new. 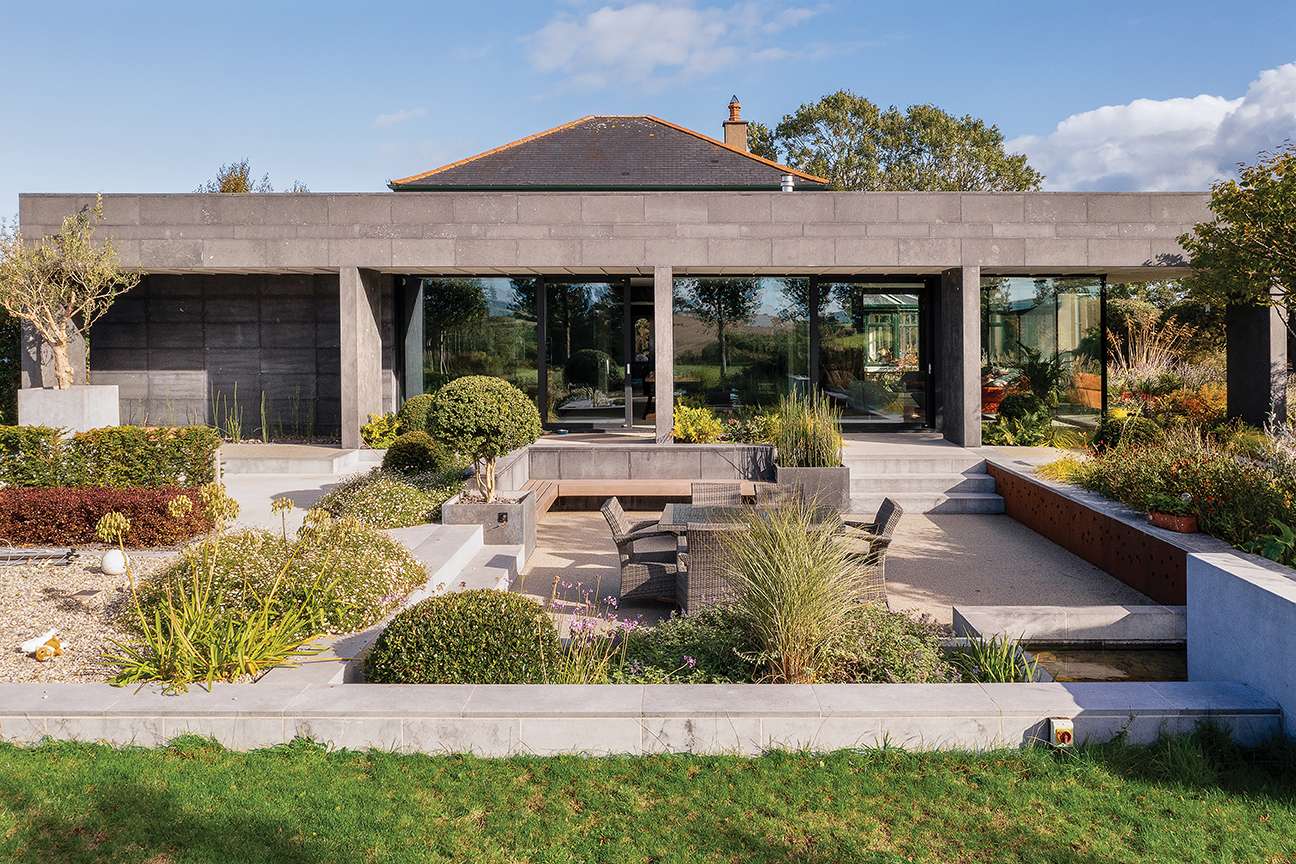 Natural smooth limestone was utilised on the exterior façade, with the use of stone fin columns at measured intervals supporting a deep overhang. These were placed to follow the sun path and create an efficient thermal envelope, which ensures the extension will not overheat by providing a large roof overhang to the south and west. While the external fin stone structural columns on the west provide vertical shading from sun, they also provide a sheltered roof overhang allowing one to open the large sliding door to the west in all weathers (with the benefit of not getting wet).

The stone fin columns offer an almost monumental feel to the structure, while providing natural shading against glare, interesting shadow play and pockets of planting to complement the stone. They allow for enhanced outdoor living while creating a visually stunning picture frame to the external landscape from the new extended living area. 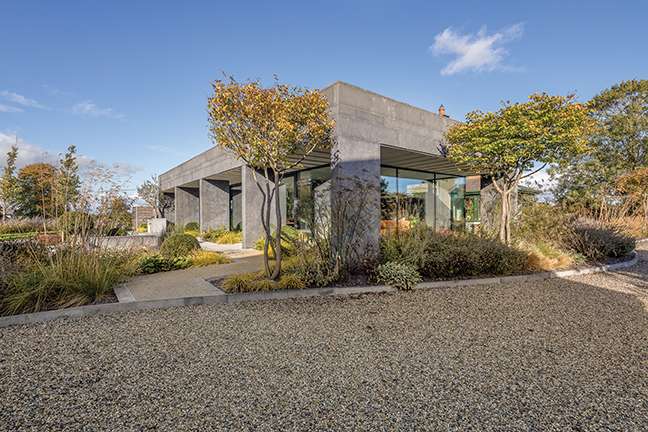 As the relationship between the internal and external was paramount, the opportunity to landscape the environs in a measured but naturalistic way was taken. This enhanced the monolithic presence of the stone fins to create a natural and cohesive relationship between the internal living areas, the external garden and the stone fins separating them. It also permitted the reclamation of the ‘back garden’ from vehicle access while encouraging the family to use the west facing garden – newly landscaped, designed and constructed by Lavender Landscapes. 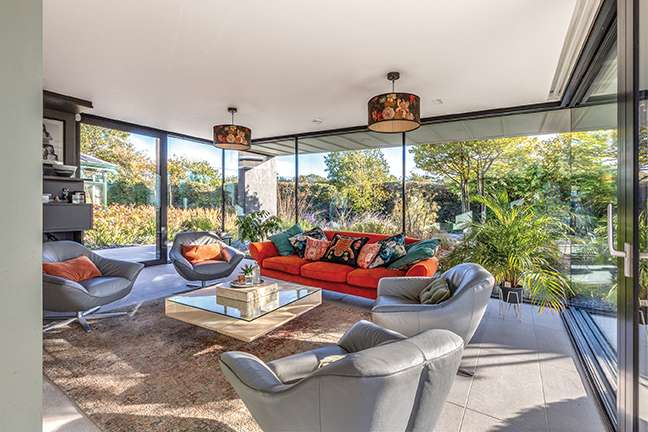 As the client’s business is as a natural stone specialist, it was put to use extensively throughout the design. Limestone was mostly used with different finishes and textures – smooth for the cladding and hammered for the floor, while having a polished Cork Marble for the kitchen island. 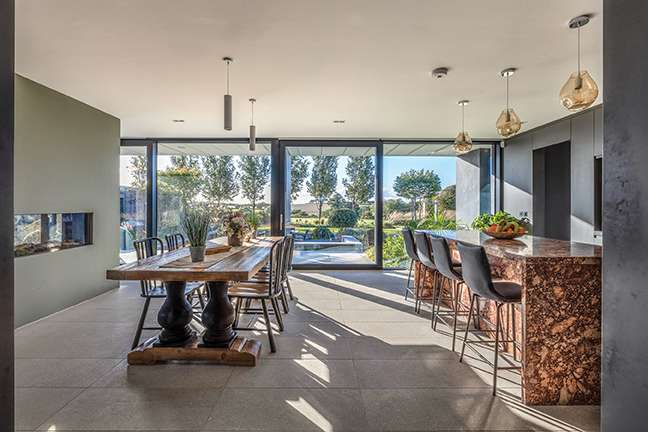 The space and water heating system were upgraded to include the installation of a heat pump. The original house was refurbished to provide a more efficient use of space. The home enjoys a new front entrance on approach, with the generous hall (complete with stone feature wall) seamlessly joining the old with new.

THE RESIDENCE, 94 St. Stephen’s Green With ‘The Residence’, Shay Cleary Architects has achieved a faithful restoration, while emphasising excellence in quality and craftmanship A small, mid-19th century protected structure located on St Stephen’s Green South, The Residence required a highly creative response to the restrictions of the existing building, particularly its very small floor […] 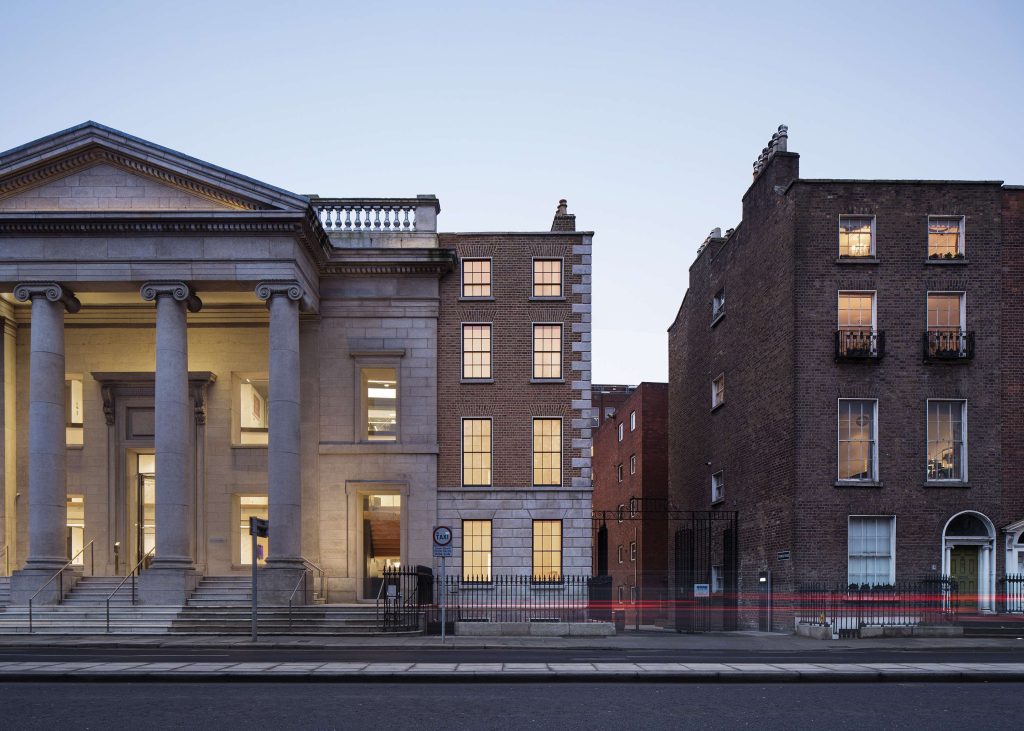