A NEW STANDARD FOR SUSTAINABLE

A reconstructed canal in the Netherlands has been awarded the 2022 European Prize for Urban Public Space. Designed by OKRA landschapsarchitecten, the jury chose the restored canal along with the recovery of a linear park running along its banks as an exemplary intervention for the survival of our cities in this new climate era. 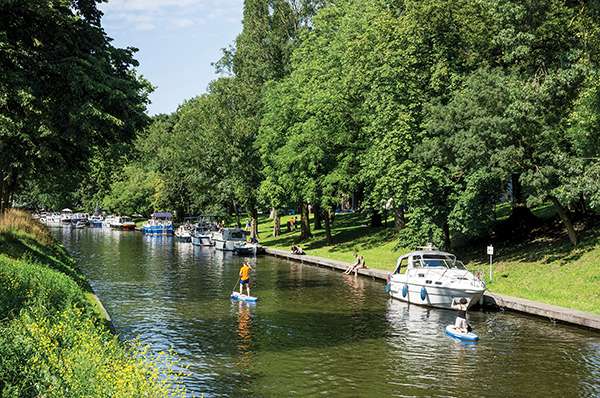 According to the judges, the canal is crucial for building urban resilience in the city. It increases Utrecht’s capacity to deal with extreme heat, storms and flooding, while the recovery of water and plant life helps capture carbon and reduce pollution. The canal has become a desirable and playful place to be for the city’s residents and has also created new habitats for other living beings.

The jury commented it appreciates the fact that this intervention is part of a larger urban transformation, which looks to the future by bringing back elements from the city’s past. The canal has been returned to its original state after having been replaced for more than 50 years by a large highway. This project diminishes motorised traffic and more importantly, it prioritises pedestrian mobility and social interaction, as well as porous surfaces and a rich biodiversity. These aspects are what make our cities healthy, sustainable and enjoyable. This project, said the judges, could inspire a new standard for sustainable urban regeneration. 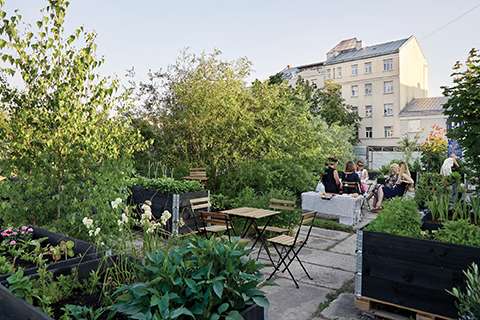 The 11th edition of the European Prize for Urban Public Space, an initiative of the Barcelona Contemporary Culture Centre (CCCB), has seen a record number of entrants and widespread representation, with 326 projects submitted from 35 different countries.

FLOW, 2021, Brussels, Belgium
POOL IS COOL, Decoratelier Jozef Wouters
Flow, designed and built with the participation of 50 young people, is the first open-air swimming pool to be constructed in Brussels in 40 years. This project introduces a temporary structure that establishes a rich meeting place for enjoying fresh air and water. As a simple, economical, modular system that can easily be built by many hands, it presents a good example of how everyone can participate in creating an active, healthy public space.

Hage, 2021 Lund, Sweden
Brendeland & Kristoffersen architects, Price & Myers
This project presents an alternative to the logic of rapid urbanisation in its surroundings. A courtyard, closed on three sides by walls made of bricks recovered from a demolished factory building, is set in still-undeveloped land on the outskirts of Lund. The owner of the land has decided not to keep pace with the urbanising development of the area, but to let it follow its own course open to the citizens. The courtyard is a first intervention, an anticipation of a gradual evolution of the place: an hortus inconclusus. 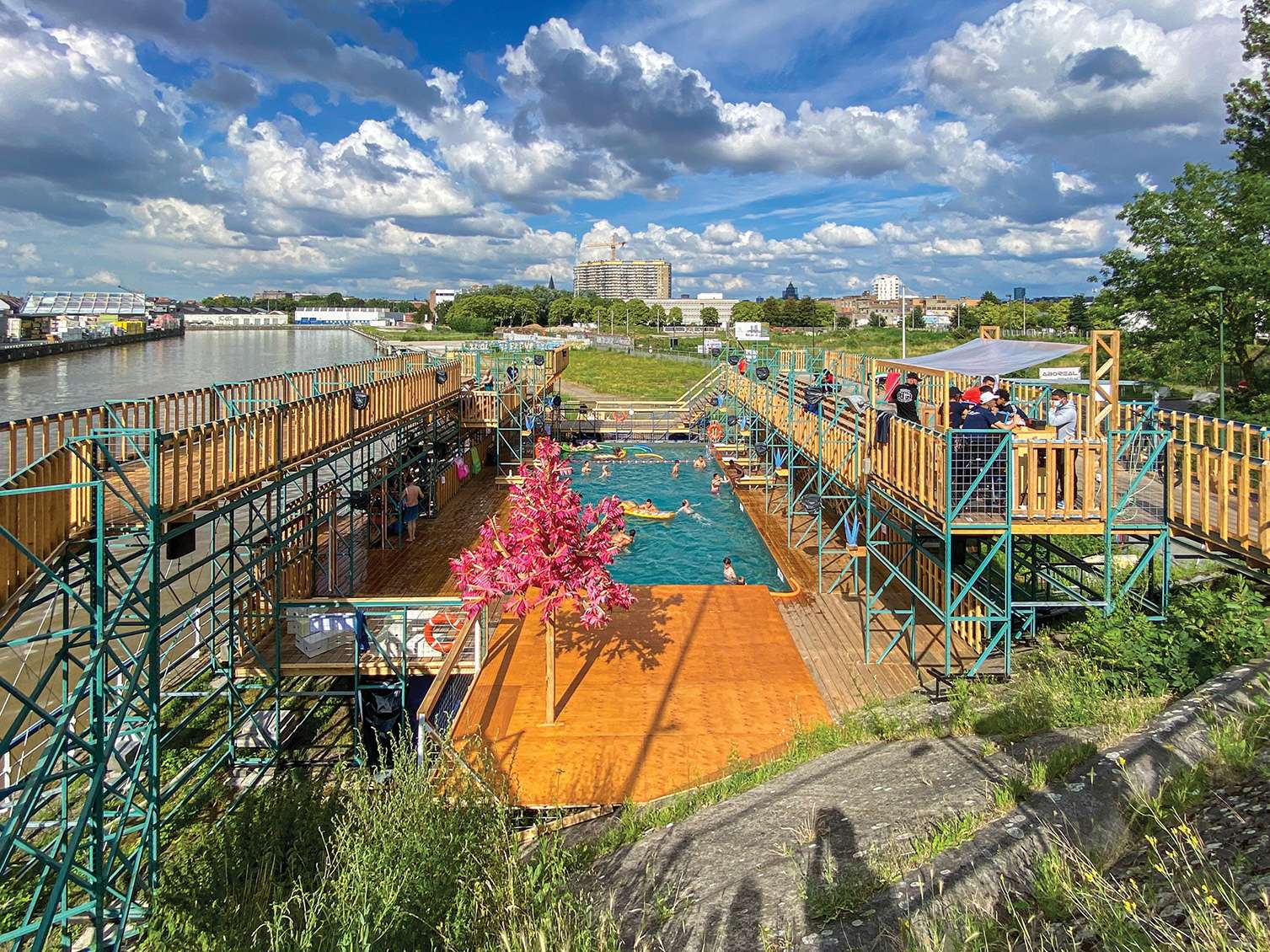 Saint Sernin Square, 2020. Toulouse, France
Joan Busquets, Pieter-Jan Versluys, BAU
The project for Saint Sernin Square in Toulouse restores eminence to the historic urban fabric of the city. The cars that occupied its surface have been removed and lost trees are reinstated as organisers of the public space. The simplicity of the proposal, its use of materials and recognition of the heritage of the site, have become the project’s mechanisms for reactivating a new, once jeopardised public space and regaining its vertical dimension and establishing an area that can accommodate a range of public uses.

“Sporta pils dārzi”urban garden in Riga, 2021. Riga, Latvia
Artilērijas dārzi
The urban community garden “Sporta pils dārzi” is the result of a popular initiative to recover an abandoned lot and becomes a new typology of public space. The project consists of a system of seedling distributions and interstitial spaces that will be occupied during events and encounters. The resulting project is a new system, a model of urban space that incorporates productive, cultural and social logics and integrates emerging natural elements as part of the community space.

NÍALL MCLAUGHLIN SUBMITS PLANS FOR ANOTHER OXFORD COLLEGE SCHEME Stirling Prize winner Níall McLaughlin Architects has submitted plans for another major university scheme in Oxford The 11th edition of the European Prize for Urban Public Space, an initiative of the Barcelona Contemporary Culture Centre (CCCB), has seen a record number of entrants and widespread representation, […] 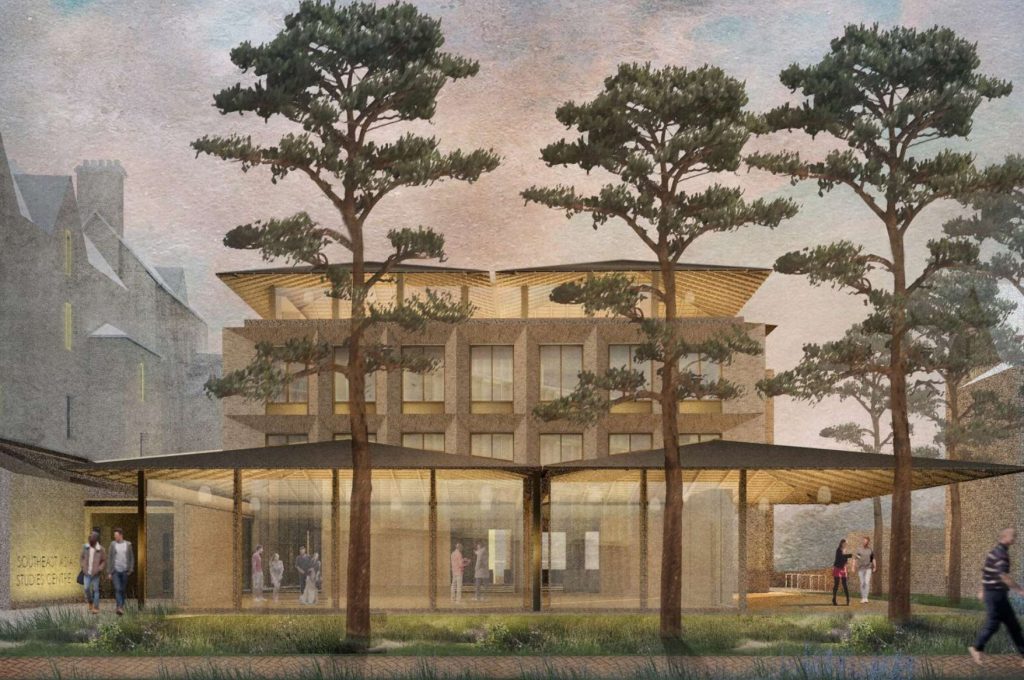