The RIBA has revealed the shortlist for this year’s Stirling Prize, with Amin Taha’s 15 Clerkenwell Close a surprise addition to the list.

The six-strong shortlist includes a bridge in Cornwall, a mosque and a housing development in Cambridge, a university building in Kingston and a museum in the Lake District – all projects that won RIBA National Awards this year.

These projects are joined by the 15 Clerkenwell Close housing development designed by Taha’s studio Groupwork, which won a RIBA National Award in 2018. 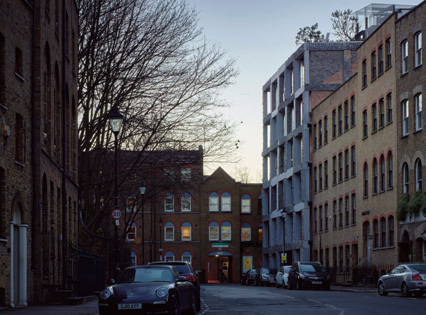 The surprise addition to the shortlist occurred due to a long-running planning dispute about the 15 Clerkenwell Close project that threatened it with demolition. This meant that it was not considered for the Stirling Prize in the year it won a National Award.

Described by the Stirling Prize jury as an “astonishing architectural triumph”, 15 Clerkenwell Close was included after the planning issues were resolved in 2019. Last year the Stirling Prize wasn’t awarded due to the coronavirus pandemic.

It is the second time that Groupwork has been on the list after its Barrett’s Grove cross-laminated timber housing scheme was shortlisted in 2017.

Stanton Williams is the only shortlisted studio to have previously won the award after its Sainsbury Laboratory won the prize in 2012.

This year it was shortlisted for its Key Worker Housing project in Cambridge. Also in the city, Marks Barfield Architects’ Cambridge Central Mosque is on the shortlist.

The 2021 shortlist is completed by the Town House academic building by Grafton Architects at Kingston University, Windermere Jetty Museum in the Lake District by Carmody Groarke and Tintagel Castle Footbridge in Cornwall by Ney & Partners and William Matthews Associates.

“The 2021 RIBA Stirling Prize shortlist demonstrates the innovation and ambition that lies at the heart of exceptional architecture,” said RIBA president Simon Alford.

“From a busy city mosque in Cambridge to a remote coastal bridge in Cornwall, the six projects vary tremendously in their location and use – but they are united in their ingenuity and creativity, their consideration of their local environment and historical context, and their use of high-quality materials,” he continued.

“In their architects’ attention to detail, and their clients’ tenacity and commitment, these six projects set themselves apart.”

RIBA’s Stirling Prize has been awarded annually, with the exception of last year, since 1996 to buildings deemed to have made the most significant impact on British architecture. This year’s winner will be announced on 14 October.

IN PRACTICE WITH… GRAY DESIGN

IN PRACTICE WITH… GRAY DESIGN Colin Dalton, Director at Gray Design, talks to Plan about nurturing relationships with developers and breaking into public sector work When did you set up Gray Design?Myself and the other director in the practice, Barry Gray, set up in 2006. We were both working for other architects in Newry at […] 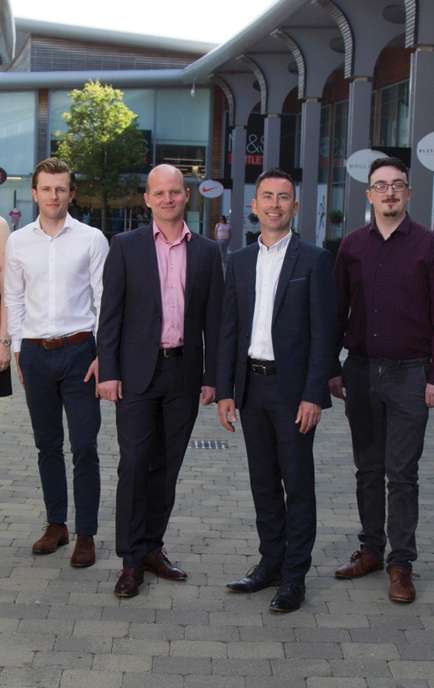