The death has occurred of architect John Meagher, one of the founders of the well-known firm de Blacam and Meagher.

He established de Blacam and Meagher Architects with Shane de Blacam in 1976.

In 2010 de Blacam and Meagher represented Ireland at the 12th International Architecture Exhibition in Venice .

In 2018 the firm received the outstanding contribution to architecture prize at the Building and Architect of the Year Awards.

Among the company’s projects are the library at Cork Institute of Technology, the Samuel Beckett theatre, the Atrium and dining hall at Trinity College Dublin, the Wooden Building in Temple Bar, the Chapel of Reconciliation in Knock and the Michael Smurfit graduate school of business at University College Dublin(UCD).

The Irish Architecture Foundation (IAF) described Mr Meagher’s contribution to contemporary architecture as “significant and invaluable to our culture”.

It said: “John’s influence is cross-generational. All of us who knew him share cherished memories and stories. We offer our sincere condolences to his family, friends, to Shane and the de Blacam and Meagher office. At the IAF, we will always tell our audiences about his buildings and impact. He will stay with us forever.”

Professor of architecture at UCD Hugh Campbell said in a tweet: “Sorry to learn of the death of John Meagher, partner in de Blacam and Meagher, one of the most influential Irish practices. A hugely talented architect and convivial soul, he leaves behind a lot of great buildings and happy clients.”

Mr Meagher died peacefully at the Beacon Hospital on Wednesday. He is survived by his mother, Theresa, sister Anne (Gavagan) and brother-in-law David, and is predeceased by his father, Gerry, and brother Barry.

IN THIS ISSUE BEST OF 2020 – PART TWO Digital Issue 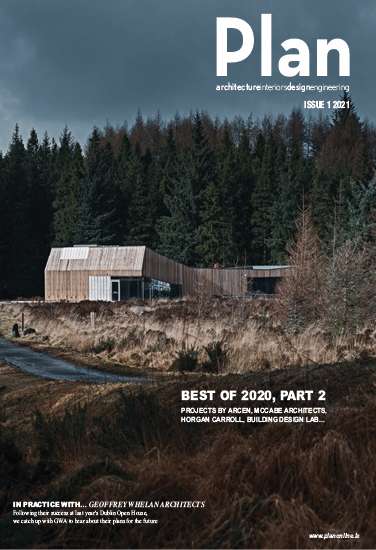