With rising sea levels and incessant consumption of plastic, the state of the earth’s oceans is rapidly deteriorating. Instead of discarding or burning this plastic, architects Erik Goksøyr and Emily-Claire Goksøyr questioned whether any architectural potential exists in this neglected material. By conducting an extensive material study, the duo designed three prototypes to postulate this theory. 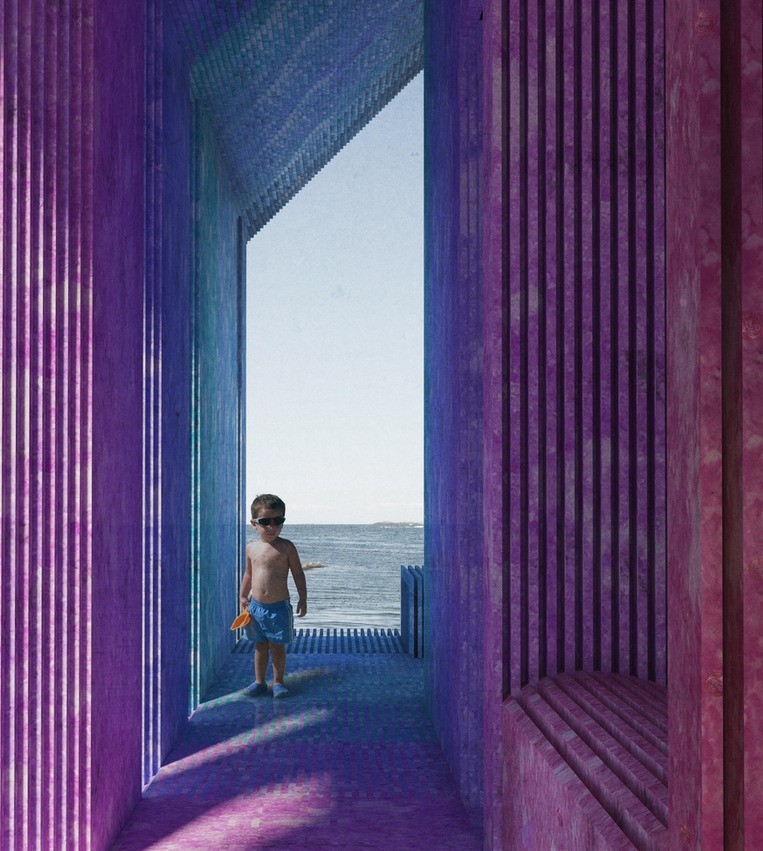 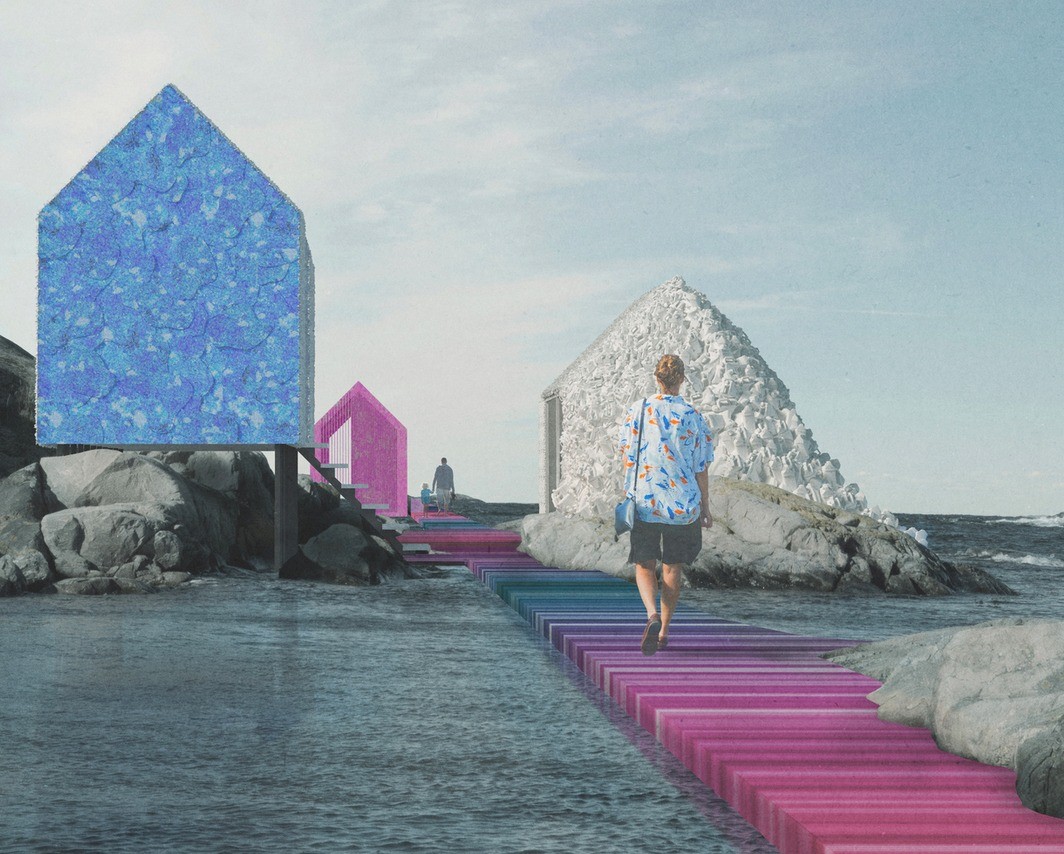 Though starting out as a humble thesis, this project is being actualized under the organization, Out of Ocean. From the shores of the Koster Islands in Sweden, plastic samples were collected and studied for their various material performance in areas such as color, texture, light, and translucency.

In their first iteration, titled House of Texture, the plastic undergoes heat and compression that causes deformation and as a result, varied texture. From smooth and glossy to rough and jagged, these fragments can be combined together in a tectonic manner similar to aggregate used to make concrete due to their ribbed modular shape. The investigation informed that the characteristics of the original plastic could be retained partially, reiterating the issue of plastic waste while simultaneously increasing aesthetic appeal.

House of Transformation, a symbolic gesture of the literal process of converting waste to create a building, creates a gradient of chunky plastic fragments to smooth panels. By using digital modeling software, the study depicted multiple jerry cans stacked on top of each other in a haphazard manner. The purpose of this was to showcase how any combination of trash from the local shoreline could be rearranged in multiple ways to create enclosure and facades, emphasizing not only repurposing materials but also a sustainable practice.

Inspired by the unusual geology of the site called “dike swarming”, the third design, House of Color, reflects the linearity of the rock layers through the striations from the construction system, with endless amounts of plastic. Spotted with colorful flecks of plastic, the new material mimics the traditional terrazzo tile in its aesthetic. Since plastic waste has no defined form or standardized construction methods, there are endless ways of creating material for varied ephemeral effects.

In the toxic cycles of overproduction and underconsumption, the notion of accumulating waste seems to be the norm. However, the project aims to change this attitude by transforming waste into something that is desired or valued as an aestheticized product. It forces architecture to start to become its own agency of activism in regards to environmental and sustainable construction. By emphasizing the visual traits of plastic in the facade of buildings, it serves as a reminder that this accumulation is harmful and hopes to create incentives to keep oceans waste-free.